More “Noise” On the Way 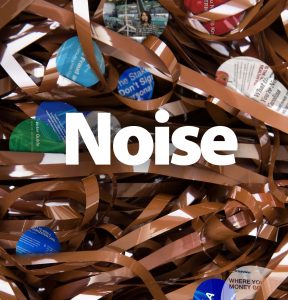 Ever wonder why management is fighting so hard to keep you from forming a union? Is it because they care so much about you? Is it because they are concerned about their bottom line? Not if they’re spending millions on anti-union lawyers. Or is it because right now they have all of the power? Maybe they’re scared if you stand together they will actually have to listen to what you have to say. The bottom line is management’s anti-union campaign is meant to create a lot of noise and distract you from the real issue—there are problems at Boeing South Carolina that only a union negotiated contract can fix. Now that some of you are signing authorization cards again, you can unfortunately expect more of the same, tired talking points:

They’re Going to Talk About Strikes. Strikes get a lot of publicity, but the odds you will ever go on strike are slim. Every year, nine­ty-eight percent of all IAM contracts are negotiated without a strike, through businesslike, professional negotiations with the employer. The IAM Constitution ensures no one in the IAM can order or force a majority of members to strike against their will. Members covered by the contract are notified and given the chance to vote on the proposed agreement and on whether to strike. It takes a simple majority (50% + 1) of those voting to accept a contract. It takes a two-thirds majority to strike. With that said, sometimes union members have to strike. It’s a source of power and often times it’s the difference between a so-so and great collective bargaining agreement.

They’re Going to Make Exaggerations About Your Dues. Your dues would most likely be somewhere between $60 and $70 a month. Per the IAM constitution, no dues will be paid until a contract is ratified by the membership. Dues get used for many important things such as bargaining support, education, donations to community causes, arbitration and legal services. Contrary to what you may hear elsewhere, no IAM dues dollars are ever spent to make contributions to political candidates, from any party.

They Will Overstate the Importance of Authorization Cards. Authorization cards are not a membership application. They are used to demonstrate to the National Labor Relations Board that there is sufficient interest to hold a secret-ballot election at your workplace.

They Will Promise Improvements. They may even acknowledge they haven’t done enough for their employees. Token improvements to appease you aren’t out of the question either. The only problem is these promises or improvements aren’t in writing and can go away at management’s whim.